Where did the taco come from? 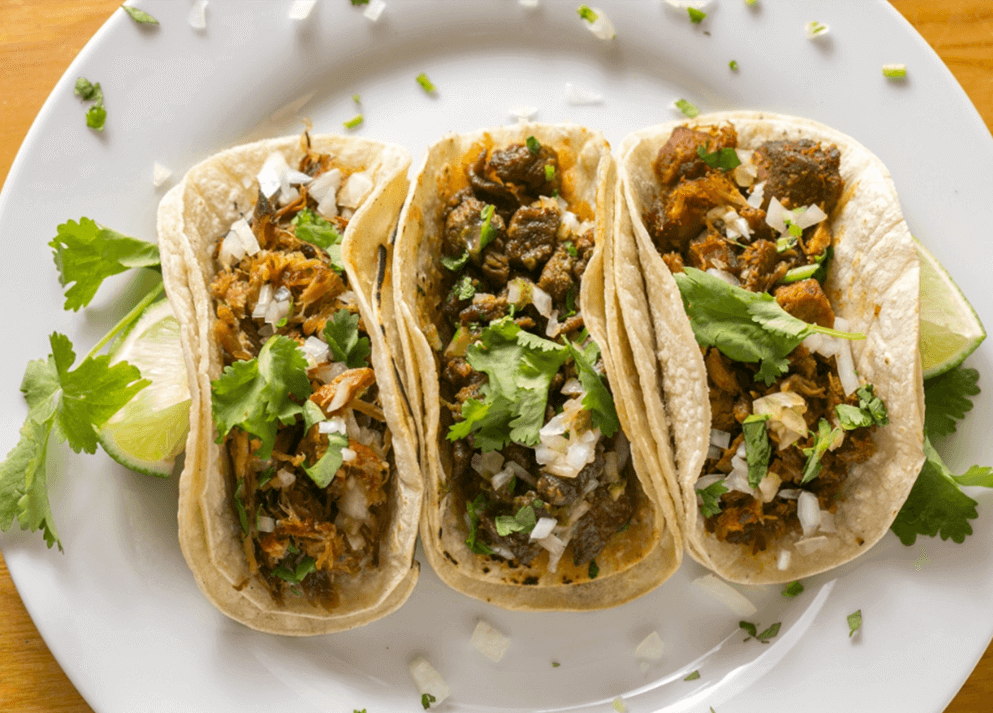 Where did the taco come from?

The taco: the mainstay of Mexican cuisine and beloved emblem of the foundation of many a delicious meal. It’s iconic, important, and above all, delicious. But surprisingly, the origins of this national dish are relatively murky.

The name “taco” has unclear origins. One theory is that it derived from the 18th century Mexican silver mines. In the mines, the word “taco” was used to describe the little explosives uses to excavate silver ore, which were just paper wrapped around gun powder. Does that shape sound familiar?

Tacos have a religious background that’s also important to remember.

Corn has long been associated with Native religious practices as a sacred and delicious starch. Spanish conquistadors looked down on corn as a food staple, because they used wheat for the Eucharist and disliked anything associated with native religions, but the deliciousness of a corn tortilla could not be suppressed.

Tacos gained popularity when industrialization drove more people into major urban centers like Mexico City. The silver mines there called all sorts of laborers into one place, and women from neighboring areas came to feed them, bringing along their regional dishes. The result was a more cosmopolitan culture where many foods were accessible, and the taco took its place as a Mexican staple.

Tacos arrived in the United States in much the same way they became popular in Mexico: population movement.

In the early 1900’s, many Mexican people came to the U.S. to work on the railroads, and Mexican food quickly became popular street food for the workers. They were sold on the streets during festivals and work breaks, and their cheap and easy preparation made them an instant hit.

When the children of these immigrants became more established and began to make more money, they gained civil rights and American citizenship. They built restaurants and catered to the immigrant populations in the city, where the concept of a taco evolved to adapt to the foods available in America, swapping hamburger meat for offal meat and cheddar cheese and iceberg lettuce instead of the more traditional fare.

The Rise of Fast Food

Glen bell founded the first Taco Bell in post-World War II Los Angeles, bringing the taco more into the eyes of white Americans who might not have visited the working class neighborhoods where tacos were sold. He took the idea of the taco and franchised it into something that white people would eat, letting them try the taco without actually going to immigrant neighborhoods.

The future of the taco looks bright in America. With exciting new recipes arriving from Mexican restaurants and Mexican immigrants, such as tacos al pastor and tacos de barbacoa, the taco continues to be an evolution of the Mexican spirit and identity, and although tacos have changed a lot in the past decades, one fact remains: they are absolutely delicious.